We were installing EPiServer Forms in a client’s EPiServer 9 website the other day, and encountered an issue with the binarier not being copied from the NuGet packages directory to the website’s bin folder.

If we manually copied them there manually and then ran a Clean in Visual Studio, the EPiServer Forms assemblies would not be removed either.

Also, if we tried adding references to random stuff within the EPiServer Forms assemblies, or just adding a using for that matter.

We would get an error with code CS0006 saying that Metadata file ‘{path to assembly}.dll’ could not be found. for two of our projects.

Fixing problem where assemblies not copied nor cleaned, and Visual Studio CS0006 Error

It turned out that the project in our solution were targeting the .Net Framework 4.5, whereas the EPiServer.Forms assemblies targeted 4.5.2. So upgrading the target framework in our projects to match the EPiServer assemblies fixed the problem.

A small checklist of things to try when faced with problems like this:

1. Remove the relevant references, and readd them manually.

2. Select relevant references, flip the Copy Local to False, save the solution, flip it to True and then save again. This will generate an XML node <Private>True</Private> in the csproj file for the references. 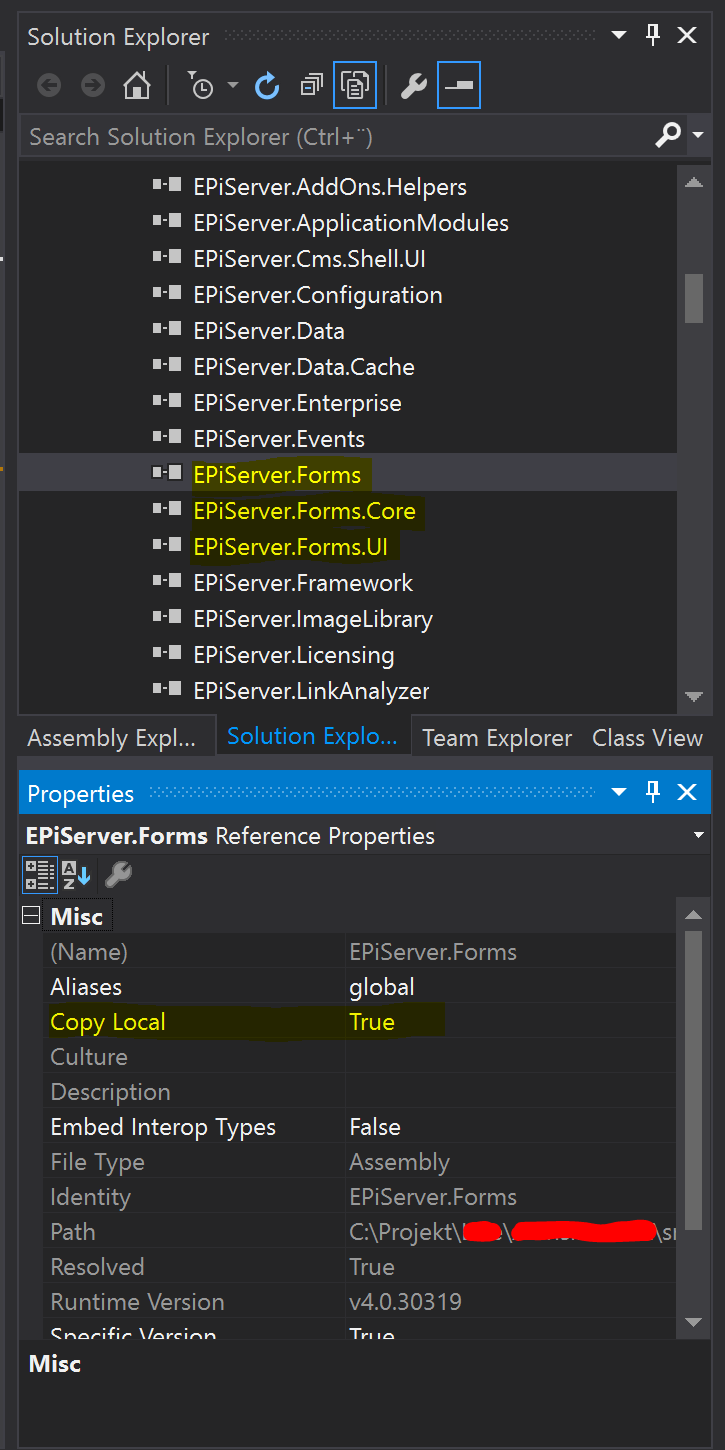 3. Unload the project and edit the csproj file. Ensure that you do indeed have the <Private>True</Private> tag on the relevant references.

4. Make sure that you have the same target framework in all of your projects, and that it matches the target framework of the assemblies you are having problems with. Right click and select Properties on a project in Visual Studio to change framework. 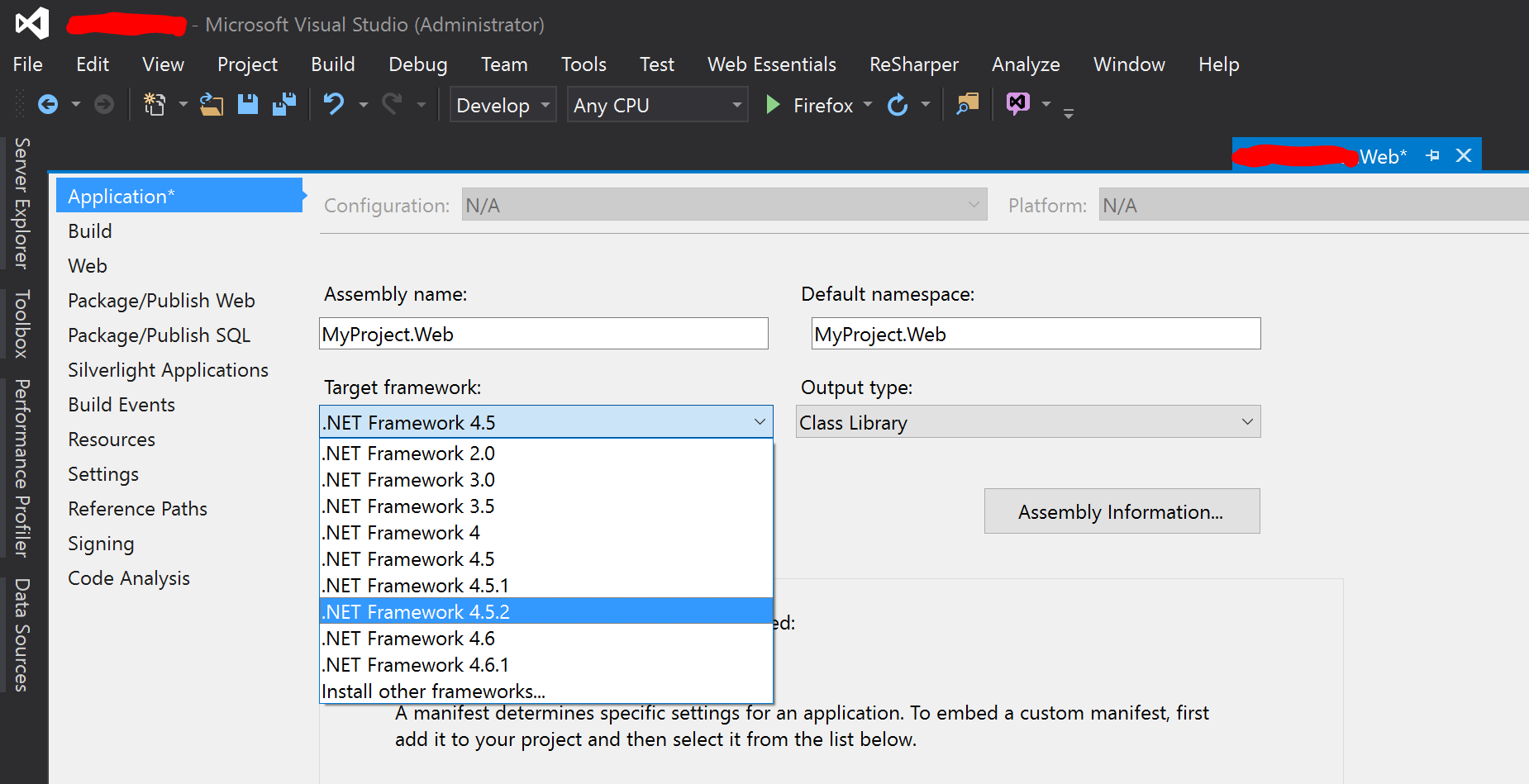 5. Visual Studio does not copy assemblies that are dependencies to dependencies, unless they are also referenced in the main project. For instance, if project A depends on project B and project B depends on project C, then assembly C won’t be copied when building project A unless C is referenced in A. For more information, see Visual Studio does not copy referenced assemblies through the reference hierarchy.